Yoga while caravanning, with Myra 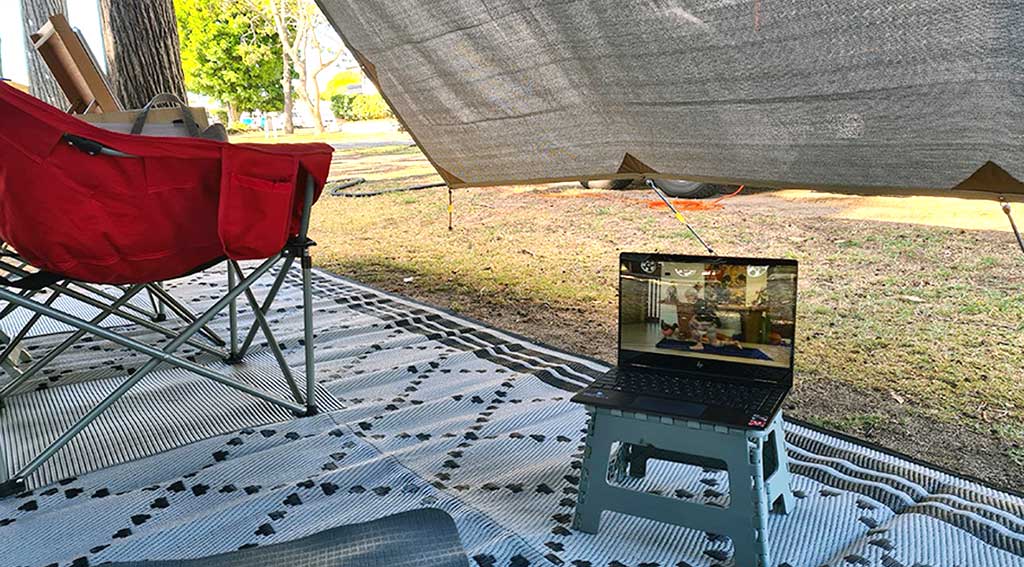 Terrie Connellan and Greg Free have been caravanning for many weeks but they won’t miss out on Yoga with Myra Timmerman.

“It’s absolutely wonderful that I can play videos of Myra’s classes and not miss out on my yoga when we are on the road,” Terrie said.

Tutor & Course Coordinator Wayne Curran says the success of Myra’s classes via Zoom could be an inspiration for other Tutors.
“I would like to make members more aware of the possibility of using Zoom as it will become more prominent in the future as an alternative for attending some classes,” Wayne said.