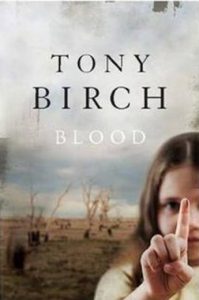 We never know what goes on in other people’s lives nor the bond between a mother and her children. But Gwen certainly didn’t show too much affection for her children, it was all about herself.

Thirteen old Jesse, very mature for his age, takes responsibility for his sister Rachel as his mother shows indifferent neglect in their upbringing. The longest stint in a stable home was in a rundown house near the Airport with a tattooed ex con called John, till Mum got sick of him and kicked him out.

Later an unexpected stay with Grandfather gave them the stability for a while. They loved it there and enjoyed Grandfather’s stabilising influence.

They then got caught up with a bad character, good with his fists, and Jesse takes an opportunity to make a dash for a better life that brings seriously dark consequences.  It’s an affecting tale about the bond between brother and sister and how unexpected people can transform lives and the wrong ones are the ones affected the most.

In the first part of this book, I began to worry that it was going to be just a litany of sorrows and bad things heaped on these two children even though I found the writing well done and easy to read. But when Ray and Limbo appeared on the scene the story really picked up and became a page-turner of an adventure. I found all the characters, their actions, attitudes and dialogue, entirely credible. I had empathy with all of them. For instance, little Rachel was perfectly painted as a young, naive girl who was at the same time sort of wise. The questions she kept asking were what I would expect from the mouth of such a character. And very endearing I might add. The ending was a surprise as I thought I had figured out what was going to happen and to have an element of a ‘happy ending’ was something I enjoyed.

Okay, it wasn’t Shakespeare or E.L. Doctorow, but I judge books depending on the genre they occupy so I’m going for an 8. The only reason it’s not a 9 is because the story took a while to get up on its feet. I will be looking for more works by Tony Birch, for instance “Dark as Night” sounds like an interesting short story collection.