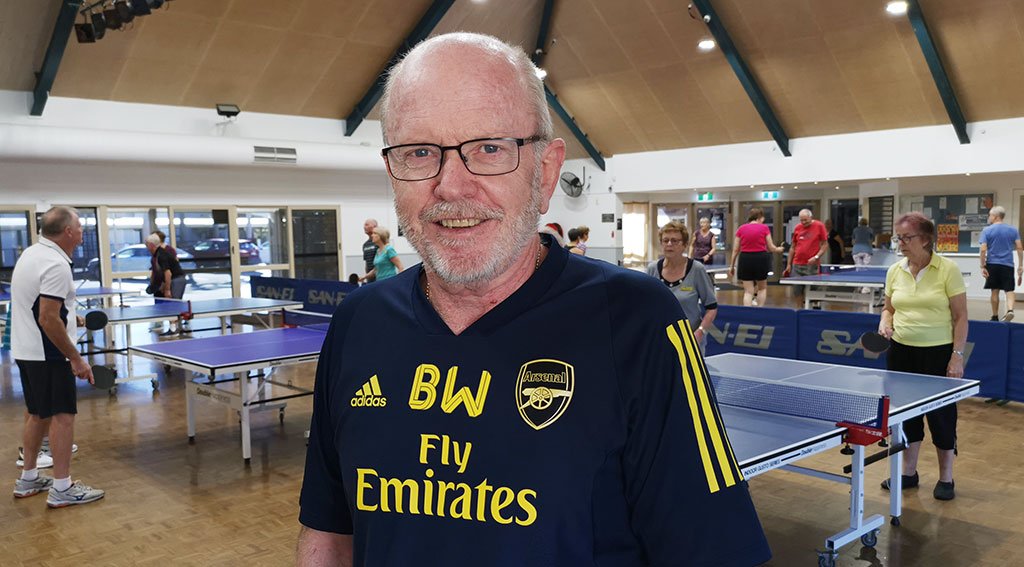 “Over the past few years Pickleball has really grown and the biggest tournament we’ve had so far is the New South Wales Open, which attracted more than 200 players from around Australia,” he said.

“I partnered up with a 25 year old fellow and we won the Open Mens Doubles against two 25 year olds, and with my mixed doubles partner from Noosa we won the Open Mixed Doubles Mixed – and in the Over-50s Singles I played someone 15 years younger than me and won that event as well, so that was a good result and my body is still paying for it as well.”

Bruce attributes his success to a combination of skill and strategy. “Pickleball is a game in which strategy is as important as movement because the court is much smaller than a tennis court,” he said. “You are mainly moving up and back, and there’s a lot to do with anticipation and reflexes, so with long arms and good reflexes I can make up for the age factor.”

Bruce was a founding organiser at U3A Caloundra Pickleball but now plays at Noosa. “Caloundra has grown amazingly; we started with about 15 players a few years ago and Peter and Jill Campbell and the other tutors now have about 200 people each week playing there in about six sessions.

“From that as well, the Sunshine Coast Pickleball Club has developed, and they run sessions through MeetUp.”

Bruce said that Pickleball is a sport for any age but in Australia it’s mainly the over-50s that have picked it up because a lot of the sessions are during the day, and for the older generation there’s less wear and tear on the knees and shoulders – with the underarm serving – less distance to travel, and skills acquired through tennis, table tennis, badminton and squash are transferable to Pickleball.

“The other thing that’s really important is the social aspect of the game. Just like U3A, it’s a chance to meet other people and engage in a sport that is a lot of fun and it’s a new social group you can enjoy,” Bruce said.