Mara Miller – A life, “Not just sun, surf and sand” 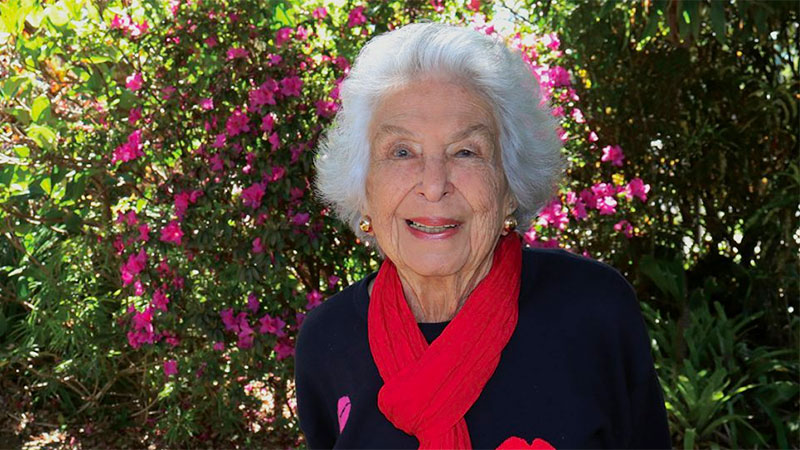 When it comes to U3A personalities, Mara Miller, now 96 years young, is in the top echelon, having served as a founding member of U3A, a vice president, office volunteer, and notably a lecturer in history and later in creative writing.

Mara has made a significant contribution to U3A on the Sunshine Coast, from small beginnings with six people lead by Frayda Cooper discussing its beginning with a series of participatory classes to the present day with more than 2200 members and a broad range of educational and lifestyle offerings.

“We started out at an afternoon tea meeting at Moffatt Beach 30 years ago after seeing a piece in the paper about U3A, and I thought this sounds interesting,” Mara said. “I was missing the things I had been involved in and there was just nothing here, just ‘sun, surf and sand’, as my husband Rod used to say.”

“Most of those we met that day joined up straight away and at a later, and larger, meeting at Caloundra we thrashed out how you did U3A.”

Initially, the new U3A group just wanted to get together to continue to learn. “We thought it a good idea for people of tertiary education to get together, and if anyone wanted to learn anything different through lecturers, then we were there.”

“I taught History, and John Cooper taught ‘Tripping Through the Dictionary’; we were trying to work it out, what people wanted. There were three languages: Indonesian, Japanese and Esperanto, which wasn’t very popular, and we had about twelve in each class.”

As a university graduate majoring in Medieval and Ancient History, Mara took to her task with great enthusiasm teaching people who showed an interest in history.

However, family matters interrupted Mara’s progress with U3A when her daughter needed help to look after her two-year-old son in Sydney. “I thought, ‘this is a bit silly; she is down there having problems, and I’m up here, and I’m not really that important in the scheme of things’, so I joined her in Sydney so she didn’t have to put her little boy into care,” Mara said.

During the 1990s, after a stint in Canberra while her daughter completed her law degree, they moved back to Sydney before a great adventure in France, living in Paris; then back to Sydney.

Mara again called the Sunshine Coast home 20 years ago, when she saw great changes in U3A-SC. “They had an office by then, the membership had grown, as had the range of lectures and classes. I think the enthusiasm of people and the variety of courses offered have been key to the success of U3A, and those courses have been offered by highly qualified people. For example, I remember a course in biology offered by a gentleman, Bunny Austin, who was previously a professor at Cambridge University in England. There were a number of people like that.”

“For my lectures, I asked my students what country they wanted to learn about. We did Hungary, Russia, France and England, all sorts of places.”

Mara also volunteered to help out in the office, which she enjoyed. “That was good fun, until it went digital, which certainly wasn’t fun at all.”

Mara has also turned her talents to becoming an author. Her first book, titled ‘Not Always Paradise’ chronicles her upbringing in Fiji.

“Three of my grandparents travelled to Australia to look for gold, but the gold rush had petered out. Then in Melbourne, the three brothers met a German man who said they should go to Fiji and start a business there. Two brothers, Fred and William, travelled to Fiji and started an import/export business that grew into quite a large business. William financed cotton planters in Fiji when the Civil War in America created a cotton rush. There was no cotton being exported from America and they could grow three crops per year in Fiji. However, after the war production in America resumed and the market for Fijian cotton died off. Grandfather was bankrupted, as he financed the growers.

“The family then began growing coconuts for export, but hurricanes destroyed the crops and bankruptcy soon followed. Grandfather used to say ‘no one should go into farming unless they have a private income’.”

Mara’s book about her early life highlights that it’s not always paradise in the Fijian Islands. “Growing up in Fiji was rather unusual, and in the book I wanted to demonstrate that British colonialism in those days was really rather good. I was born there, my father was born there, as was my grandmother.

“I was schooled via correspondence classes before going to boarding school in New Zealand. Then in 1939 my father said, ‘there’s going to be a war so you had better stay close to home, so I did, and I completed my Leaving Certificate at a school in Suva.”

Furthering her education to tertiary level involved attending the University of Western Australia, at the same time as did her children, as a 50 year old student.

“In those days, the other students were amused that I was attending university at my age, as there was only one other student there about my age.”

Mara is very happy with how U3A Sunshine Coast has evolved, with the expanded educational and lifestyle pursuits of the current organisation. “I think it’s wonderful there’s so much to do and it’s very good for older people to engage in these activities,” she said. “I have been so happy with my time with U3A, and everyone has been wonderfully kind over the years.

“Yoga and sporting activities that are less taxing on older bodies, combined with the social aspects, are wonderful classes that U3A have organised, and I commend them for that.

“My classes were a joy for me. My students were all enthusiastic; I usually had about seventeen, who wanted to learn History, whatever was being offered. I also taught Creative Writing for a number of years and stopped only last year.

“I always enjoyed teaching, learning and writing – being given a topic and producing, say, a thousand words on a subject. They say that people who talk a lot, like me, tend to write easily. My mother used to say to me, ‘do you think you could walk from here to that tree without saying anything?’ and of course I couldn’t.” 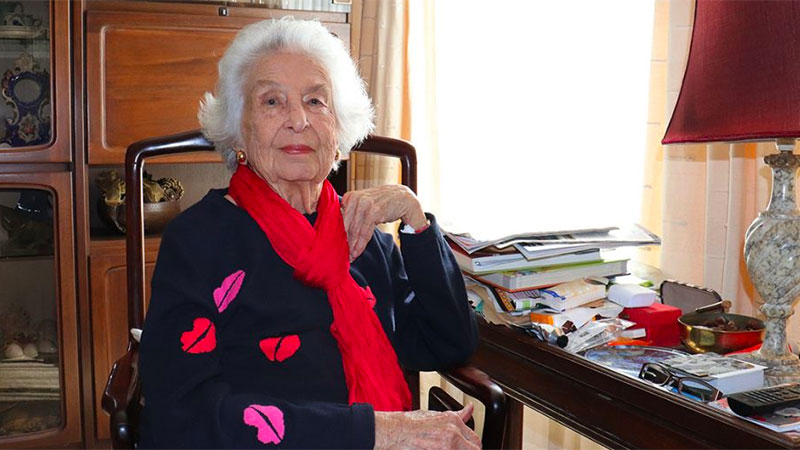