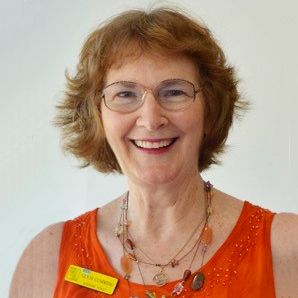 I do hope that you have all really enjoyed Semester 1.  It’s good to stretch our wings and try new classes – I’ve loved participating in several discussion groups, aimed at stimulating our intellect, our creative expression and our philosophical beliefs, as well as physical activities like table tennis and yoga.
We are so fortunate to have such a wealth and variety of classes at our service here on the Sunshine Coast, and I am grateful to our great team who keep on finding us new tutors and speakers and arranging venues.
Although you can now log in and enrol for classes in Semester 2, I trust you will now take a well-earned break and enjoy the holidays. 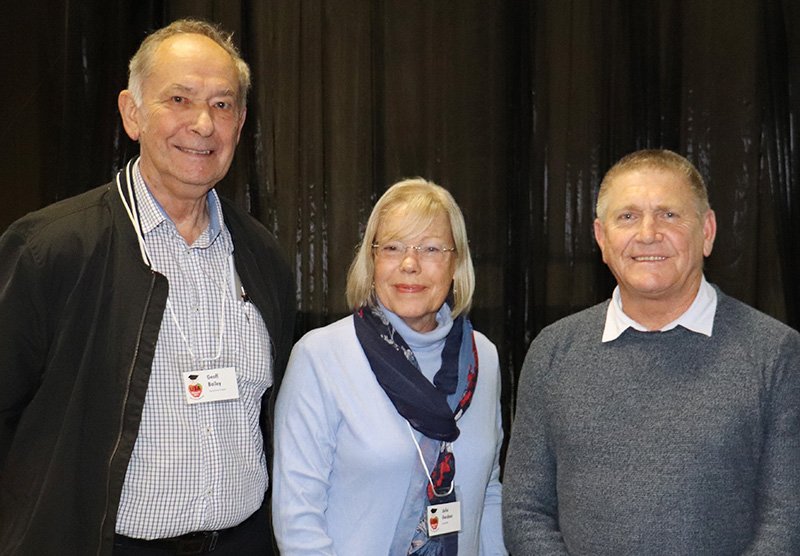 Keynote speaker Mike Hayes, the director of Vineyard and Winery Operations at Sirromet Wines set the standard for the presentations at the two days of the U3A Network Qld State Conference held in May at Stanthorpe. Mike presented an entertaining and informative speech, and while avoiding any political bias, made clear how he discovered during his Rhodes Scholarship exploration of vineyards overseas, that climate change is causing a significant impact on the success of some of the world’s most famous wines. Wine lovers may well have to say farewell to some of those in greatest danger of extinction. The message for us was that like the wines of the world, U3A’s need to show resilience and be adaptable to a range of changes.

We were unfortunately too early for the snow which was predicted to arrive the following week; however, it was an opportunity to practise packing winter woolies.

The two-day conference hosted by U3A Granite Belt, was well attended, with delegates from U3As throughout Queensland and interstate, including 9 members from U3A Sunshine Coast.

A significant highlight of the conference was the release of the Network’s new Strategic Plan, and our former MC members Jim Hales and Colin Maddocks played key roles in its development. The U3A Sunshine Coast Management Committee have already spent several hours analysing its five-pronged approach and comparing it with our own needs.

At the Network AGM, members of the new team were formally welcomed including their new Vice-President, our own current Communications Officer, John Armstrong, who had already made a creative contribution to the layout and illustration of the Strategic Plan.

While some sessions, for example Julie Porteous on “Applying for Funding”, and all the speakers for the Presidents’ Council session, were excellent, we simply ran out of time to run the annual Discussion Group, which has raised such relevant issues in the past, and enabled those with wider experience to share their knowledge.

Our new Life Member, and regular conference attendee Ann Main has presented an informative report on the conference, and it is available on our webpage.

Volunteers needed for the “Lifestyle 55+ Expo” on Thursday August 5th! 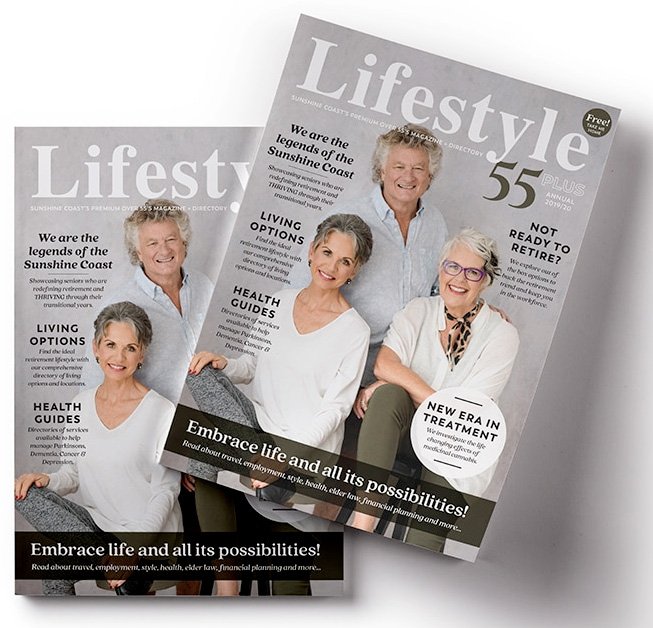 Plans are now underway for U3A Sunshine Coast to make a strong contribution to this year’s “Lifestyle 55+ Expo”, at the Nambour Showgrounds on Thursday August 5th, from 9am to 3.30pm. There will be ample parking at the venue, and entry is free.
Organiser and founder of IAgeWell Tanya Dave promises:
“The expo will showcase the best the Sunshine Coast has to offer its over 55 community and will cover a wide range of exhibits, market stalls, workshops, and live entertainment along with great food.”
There will be entertainment happening on the main stage throughout the day, from the Bronte Band and the wonderful Kitty Kats, and this entertainment will include 5 of our own performing groups, namely Belly Dancing, Tap Dancing, Hand Chimes, Ukulele, and Choir!
I hear that members of choir are currently working hard on their songs and after last year’s gap, are looking forward to once again performing on stage.
There will be many paid-up exhibitors, representing a huge range of both commercial and support groups that will be specifically of interest to us.
As well, you may have seen the ad on our Facebook page, where organizer Tanya Dave is providing free market space for any of our members who might like to set up a handicraft or produce stall.
U3A Sunshine Coast has accepted a free stall site to promote our organization to anyone coming along – and that’s where you come in! Apart from the members of the Management Committee, we also would love to have about 20 volunteers to ‘sign up’ for an hour or so during the day.
It’s still surprising when people on the Sunshine Coast aged 50 plus say they have never heard of U3A. So if you volunteer on the day, your brief is simply to tell people how good it is to be a member of U3A, and the benefits of joining us.
Please contact our Project Officer, Karen Martin on u3aprojectOfficer@u3asunshine.org.au and give her your name, phone number, and what hours would suit you… 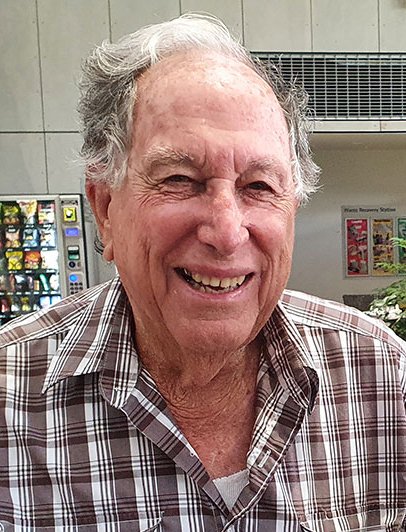 As the Lifestyle 55+ Expo will give us a great opportunity to promote to a wider audience, we really wanted to have a range of new photos on display, to showcase the best of what our organization has to offer. Unfortunately we only received one entry in the photographic competition from Barrie Stewart.
However, at their last meeting the Management Committee judged the Video entries for the competition and chose 3 winners based on their ability to encourage new members to join the organization, with 1st prize going to Barrie Stewart, 2nd prize to Lester Hibbert, and 3rd prize to Steve Ormerod.
We will run the competition again, so please remember to get your tutor’s and subjects’ permission, take your camera along to your classes, snap away, choose the best photos, and send them in for next year.

A Mass Transit system for the Sunshine Coast: 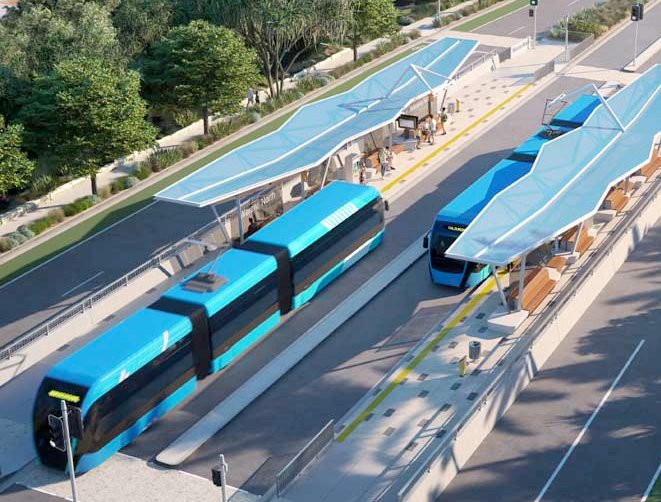 Here’s his report:
“The purpose was to identify expectations of what a Mass Transit system for the coast should provide, looking ahead 20 or more years from now. The group discussed many of the issues facing the community when it comes to travel and the infrastructure required.
Top of the list was residents’ desire to live the Australian dream of owning their own home in the suburbs, with the consequent results of a rapidly expanding urban sprawl, an increasing dependency on the motorcar, and the need for access roads.
The project team reviewed Mass Transit systems operating in other cities in Australia and promoted how they have lessened the need to use cars, ease traffic congestion, and improve quality of life.
One issue highlighted was the increasing use of bicycles, scooters, e-bikes, e-scooters, and mobility scooters, as well as the need to provide safe lock up facilities at the stations.
The group also discussed the cost and benefits of connecting a coastal mass transit system to a fast rail service to Brisbane.
Would such a system provide frequency, reliability, convenience, safety, and personal security? What impact would such a Mass Transit system have on other users of the corridor and residents and businesses along the route?
The forum hopefully provided the project team with plenty of feedback on issues to be addressed as the project moves forward.”