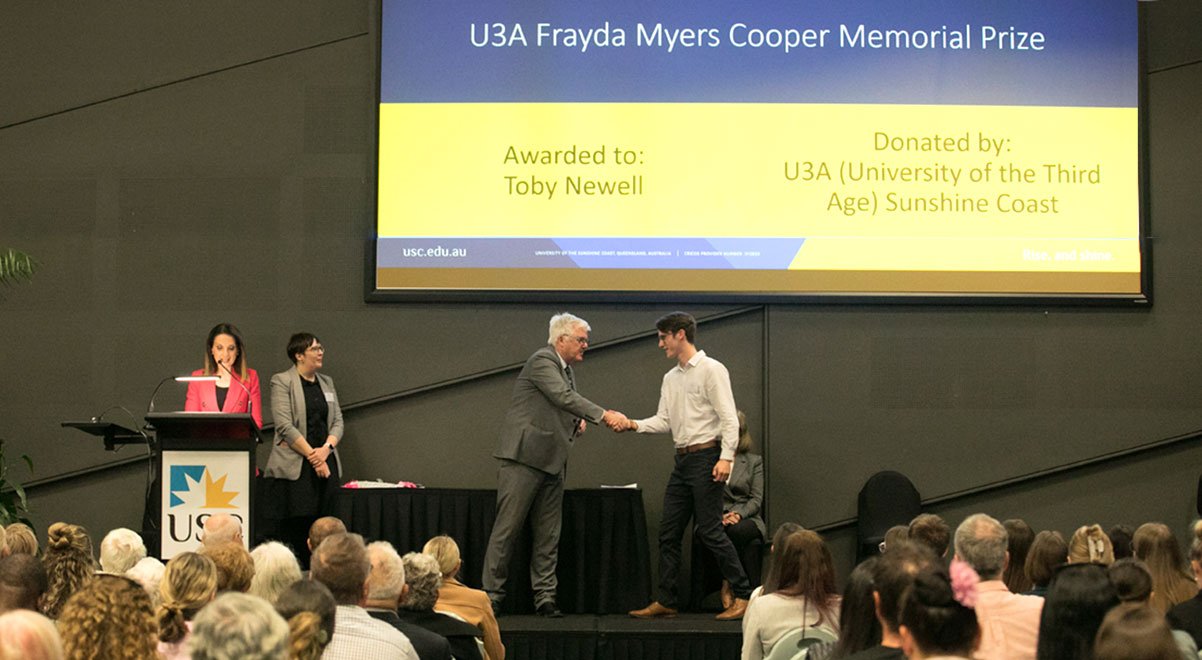 Toby and his family recently moved to the Sunshine Coast from Northern New South Wales, and he is very happy to be studying at USC. An avid book reader, Toby is in his element at the university and was very appreciative to be selected as this year’s prize winner. 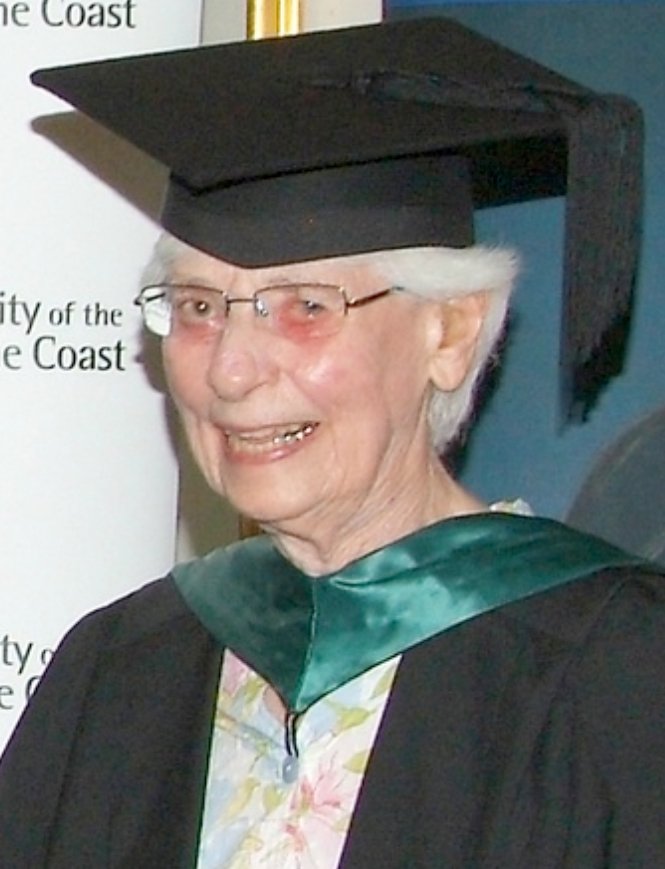 The Memorial Prize has its origins in 2014 when U3A Sunshine Coast donated a $25,000 endowment to the University in honour of a woman who was one of the region’s strongest advocates of lifelong learning. The donation celebrates the work of the late Frayda Myers Cooper (1923-2014) who co-founded the Sunshine Coast branch of U3A in 1986 and was its first president. Proceeds of the endowment will fund in perpetuity the $1,000 annual Memorial Prize.

U3A Sunshine Coast maintain strong links with USC. The university awarded an Honorary Senior Fellowship to Mrs Myers Cooper in 2007 in recognition of her efforts in establishing a U3A that started at Caloundra 36 years ago, before relocating to the USC campus at Sippy Downs when the University opened in 1996. As a founding member of U3A Sunshine Coast, Frayda Myers Cooper was a staunch activist for lifelong learning of seniors.

About his mother Frayda, current U3A member and Life Member, John D. Cooper said, “The genesis of U3A on the Sunshine Coast was essentially a meeting of minds. My mother discovered that many of the talented people who were teaching and convening didn’t necessarily have formal qualifications, particularly women. Her generation, and some in my generation, didn’t often get a fair go at tertiary studies. With U3A, this was their opportunity for ongoing learning.

“We recruited people with enthusiasm and the will to pass on their knowledge to others. There was scepticism but my mother said ‘it’s worked in Melbourne, we’re going to it, I’m going to do it’. We didn’t spend money on advertising, we used Letters to the Editor and sent in stories to the Sunshine Coast Daily newspaper to get the word out. We worked the system and lo and behold we started having these big meetings, and we were away.

“The Sunshine Coast was fertile ground for U3A, with a high retirement demographic and a high percentage of people who didn’t have the opportunity for tertiary study. They wanted to learn. Oh, they hungered for it, especially women who never had a chance to study science, the humanities, etc,” John said. “It took off like wildfire.”


Click here to return to the online version of eVoice